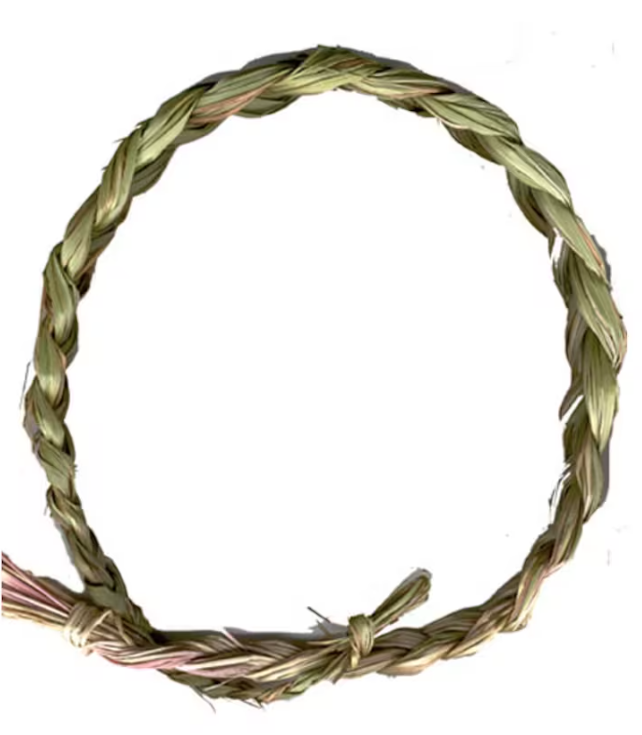 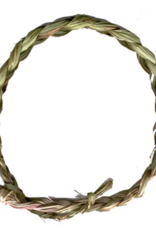 The dried and prepared braids of sweetgrass have been a trade item on the Northern Plains for millennia. This healing herb has a prominent place in daily ritual and prayer as well as a place in aboriginal medicine. The active ingredient in sweetgrass that makes it smell so wholesomely wonderful is coumarin. Sweetgrass has a beautiful aroma that pleasant, gentle, and sweet (almost vanilla like).

The Latin name for sweetgrass is "hierchloe odorata" which translates literally as "sacred grass" and is found both in Europe and America. There are many Northern European traditions associated with it that are similar to the Native American/North American ceremonial usages - for the scent and for use in spirituality and prayer. In North America, it is found across Canada and as far south in America as the state of New Mexico.

Most people burn sage after burning sweetgrass as this will keep less positive forces at bay.