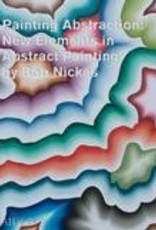 Bob Nickas is a critic and curator based in New York. He has organized more than eighty exhibitions since 1984 and served on the teams responsible for Aperto at the Venice Biennale in 1993 and the 2003 Biennale de Lyon. From 2003-06 he was Curatorial Advisor at P.S.1 Contemporary Art Center in New York. The author of numerous essays in catalogues and monographs, he is a regular contributor to Artforum and founding editor of Index magazine. His books include two collections of his writing, Live Free or Die (2000) and Theft is Vision (2007).